The first edition of coins came out in 2017 as one of independent projects of Paralelní Polis under the auspices of Institute of Cryptoanarchy. Since its beginnings, Paralelní Polis has had as its mission to provide the technology and education necessary for people to function in an independent society and to protect their individual freedom. A free independent society can function only in an environment where all the systemic instruments for its suppression have been demonopolized. With this project, we wanted to pay homage to people who rebelled against the system and whose work significantly contributed to internet freedom. Each person depicted on the coins was for their beliefs and deeds persecuted, restricted of freedom, their life was endangered, or they died fighting for digital freedom against the state. All of them were exceptional visionaries.

Each annual edition is limited issue and is the result of hard work of people in and outside of Paralelní Polis. There are seven people working on each edition without whose cooperation the project could not work. It is a unique blend of craftwork and digital decentralized currency: one of the unique things about the coins is their link to the nominal value of Bitcoin. Thanks to BitNotes, a product of a colleague from Paper Hub, we were able to connect virtual currency with silver coin. Subsequently, the coins have not only a collector’s (each issue is only 100pcs, then we destroy the hub) and craft (almost the whole process is handiwork) value, but also technological one – each coin has the value of 0,01 BTC. This correlation is marked also by the symbol on the reverse side: Logo of the decentralized Bitcoin together with the triangle symbol of Paralelní Polis with its three main concepts – art, science and technology.

BitNote as a Link between the Coin And Bitcoin

BitNotes proved an exceptional way to link the craft of commemorative coin and cryptocurrency. Paralelní Polis guarantees each coins value of 0,01 BTC by a certificate. Each coin is provided with one hundredth of BTC which the customer de facto subscribes to as it is already included in the price of the coin.

BitNotes emits paper notes with common security features just like a standard bank note would have. Each note has a unique BTC address which corresponds with a private key guaranteed by the company. The second key is guaranteed by Paralelní Polis. Though Paralelní Polis is the guaranteeing authority, it does not have access to the customer’s hundredth of BTC. In order to gain that, we would have to know the second half of the code which is hidden under a scratch-off on the BitNote. Each BitNote code is unique.

– More about the BitNote certificate

Roman Týc, who is the man behind the projects since 2017, has as an artist always concentrated on working with technologies. In the 90’s, he made video collages animated in real time on a purposefully built machine (a technique he further developed in the PureA group). He has showcased his art at three exhibitions: Vykradač hrobů (Grave Robber, 2011), Jen blbni, zkazíš to všem (Just Keep Messing Around, You’ll Ruin It for Everyone, 2014) and Im Boden (In the Ground, 2017). He is also the founder of the activist group of artists Ztohoven. The group is apart from projects like Media Reality (nuclear explosion in live broadcast of the Czech Television), Moral Reform (sharing of fictive text messages among the MPs) also responsible for the foundation of Paralelní Polis in 2014. 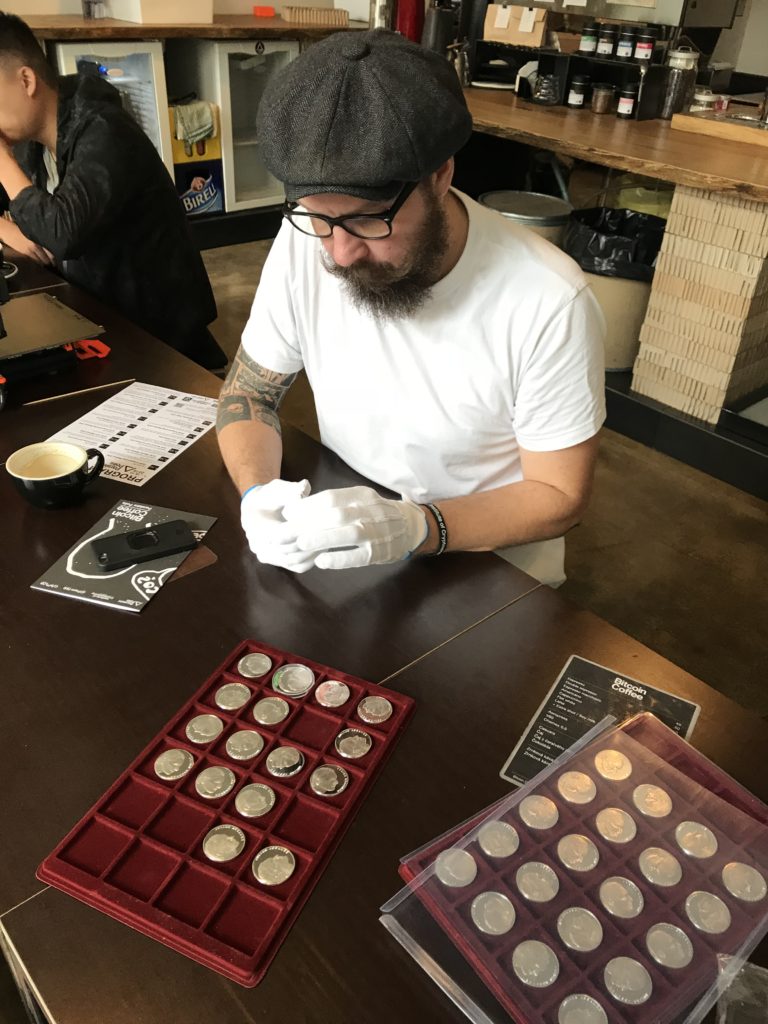