In 2020, Paralelni Polis concludes the issuance of silver commemorative coins with a tribute to Edward Snowden. This final coin completes a four-year project that aimed at raising both public awareness and financial support the people who put a determined effort to the fight for digital freedom, yet eventually lost in the battle. The 2020 coin marks the story of Edward Snowden, a former CIA employee who in 2013 went public with information about the massive scale of secretive worldwide monitoring of telephones and electronic communications by US security services. Thereby he joined the ranks of whistleblowers who actively oppose the growing and uncontrollable power of state apparatus, even at the cost of restricting their personal freedoms. 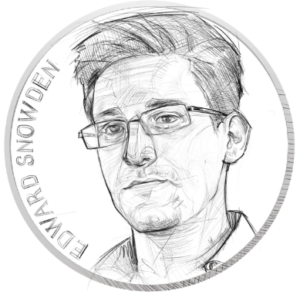 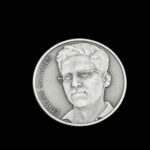 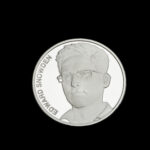 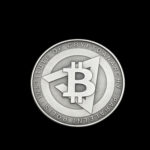 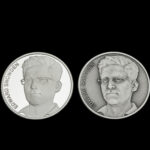 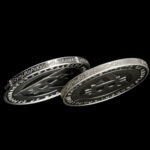 Each coin carries a serial number # 1 – # 100. A unique cryptographic code is engraved on the edge of the coin that connects the coin to BitNote. The coin is charged with a value of 0.01 BTC BitNote certificate.

Who is Edward Snowden?

Edward Snowden is considered to be a top expert in technology and cybersecurity. He began his career at the age of twenty when he enlisted in the army as a candidate for special forces. However, due to the bilateral fractures of his legs, he did not complete the training and was released. After participating in a 2006 job fair targeted by the intelligence sector, Snowden accepted a job offer from the CIA. Five years later, he joined Dell as a contractor for computer systems for several government agencies. He was subsequently transferred to the NSA Air Base in Yokota, Japan. Over the course of four years, he developed from a supervisor of NSA computer systems to an “expert in computer counterintelligence.” In 2012, he worked in Hawaii, where he probably began downloading documents describing government electronic espionage programs. According to Snowden, he held the position of “infrastructure analyst”, which means “finding new ways to access the Internet and telephone communications around the world.” Snowden himself described the turning point in his career the moment he saw James Clapper, the director of DNI, lying under oath of Congress. Snowden then left his job and began working for an NSA contractor, where he gathered information about surveillance activities by the United States government. The precise extent of the materials downloaded by Snowden is unknown, but the Australian Secret Service estimates 15,000 documents, the British 58,000, and the US authorities up to 1.5 million documents.

Extensive surveillance of people across the USA

In 2013, Snowden met with The Guardian journalist, Glenn Greenwald, in Hong Kong, whom he briefed that “there is an infrastructure both in the US and around the world, built by NSA in collaboration with other national governments, which can interfere with and eavesdrop any digital, radio and analog communication.” This is automatic processing without a specific focus on the data record and it is possible to do a reverse search in the database. Snowden then described in detail the activities of secret programs, including PRISM, Tempora, and XKeyscore. The momentum behind these programs could be traced back to the Patriot Act, which was used in response to the terrorist attacks of September 11, 2001. The Patriot Act enabled the government with the ability to blank tap people of minor suspects, this virtually surveilling all law-abiding Americans, not only suspects of serious crimes,. At the same time, Snowden admitted to the fact that private companies and national governments on bilateral do actively participate in this private data extraction and abuse.

In June 2013, US federal prosecutors filed a criminal complaint against Snowden and charged him with three crimes; theft of government property, violation of the Espionage Act of 1917 (unauthorized disclosure of national defense information by which the State Department revoked Snowden’s passport) and intentional disclosure of classified communications intelligence to an unauthorized person. Only the use of the “Espionage Act” has been strongly criticized. The PEN American Center, which has long fought for the freedom of speech, published a study in 2015 in which most of the NGOs, journalists, activists, lawyers, and whistleblowers claimed that the Espionage Act was used inappropriately in the case of intelligence leaks. According to PEN, experts described the law as “an overly numbing tool, aggressive, repressive, an instrument of intimidation, numbing freedom of speech, and a weak tool for prosecuting leakers and whistleblowers.” For each of the three charges, Snowden faces a maximum of ten years in prison.
In 2016, the outgoing President Barack Obama said he could not pardon Edward Snowden unless he physically submitted to US authorities on American soil. Donald Trump (before his political engagement) described Snowden as “a traitor who provided serious information to China and Russia and who should be executed.”

The estimation of range and gravity of impact caused by the publication of secret government documents on state security is still discussed. They allegedly contained confidential details on the operation of the NSA in detail and thus would potentially enable anyone who reads them to evade NSA oversight. According to the NSA director, Snowden’s publication had a significant impact on the detection and evaluation of terrorist activities around the world. What is certain, however, is that Snowden’s actions have triggered investigations of disputable secret services practices that may render human rights violations, tampering with the freedom of expression, privacy and the right to information, as well as gave grounds for public demands for more transparency in government operations of this kind. With his decision, Snowden provoked a pan-American debate not only about the scope of secret wiretapping programs but also about higher principles that will make one oppose possible inequities in the state system, even at the cost of falling into disfavor and endangering human life. While working for the NSA and the CIA, Snowden concluded that the US secret services had abused the principles of the US Constitution and therefore had no choice but to make his findings public.

In September 2019, Snowden published is book Permanent Recor. In his memoirs, he elaborates on his life dedication and also why he decided to risk his freedom by revealing confidential data. The first day the publication came out, the U.S. Department of Justice filed a civil lawsuit against Snowden. According to the established precedent of the Supreme Court, the government sought to recover all the book copies from the sale because it had not been submitted for review before its publishing and thus violating a non-disclosure agreement signed with the US federal government. A lawsuit has also been filed against publisher Henry Holt forbidding him to transfer any financial revenues to Snowden unless the court decides otherwise. In the case of Snowden vs. The state finally won in December 2019.

If you wish to purchase the Edward Snowden 2020 coin, please contact us at minceparalelnipolis@gmail.com. There are also 10 pieces from the Julian Assange 2018 edition still available. We will be happy to present you with the coin in person at Paralelní Polis or send it to your address.