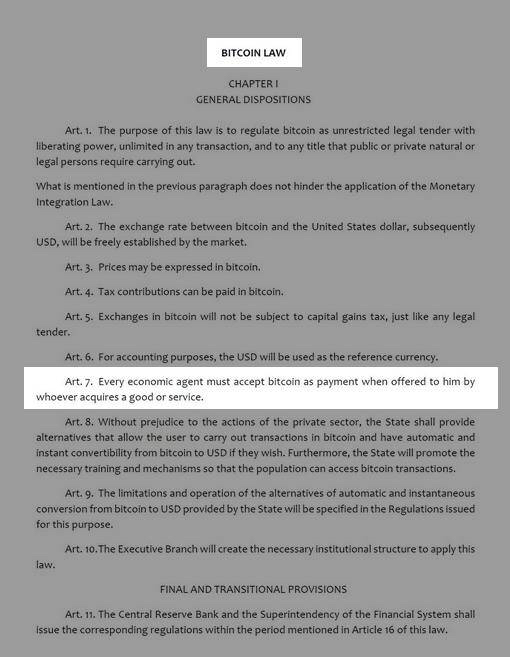 Today (7 September 2021), a law comes into force in El Salvador requiring merchants to accept bitcoin as a form of payment (until now, the US dollar has been the official national currency in El Salvador).

The bitcoin community will symbolically celebrate this event today with the purchase of $30 worth of bitcoin. Parallel Polis will not join this “celebration”. It is against our policy to celebrate forcing the acceptance of any currency.

In 2014, Prague’s Paralelní Polis was the first organization in the world to accept only bitcoin and refused to accept payments in state currency. The idea of bitcoin (and other cryptocurrencies) is based on voluntariness. In El Salvador, as of today, the acceptance of bitcoin will be enforced, which is contrary to the original idea of cryptocurrencies as described in Satoshi’s white paper, and contrary to the idea of voluntariness on which Paralelní Polis is based.

At Paralelní Polis, we will of course continue to accept cryptocurrencies as a form of payment, but we refuse to force others to do so.